South Sudan: What results after a decade of independence?

This July 9, the youngest nation in the world, South Sudan, celebrates its independence. The social situation in the country is still tense. What does this have to do with the conflicts over oil? What about the divisions within the political class?

On July 9, 2011, South Sudan seceded from Sudan. The South Sudanese state was then immediately recognized by the United Nations. Due to the existence of South Sudan outside the sphere of international influence, several world powers saw an opportunity. The country's basements are soaked in hydrocarbons. And South Sudan's proximity to the Horn of Africa is as attractive to the United States and Europe as it is to Russia, China and Turkey.

However, whether it was during the Civil War and the civil war that followed, none of these powers intervened officially. However, Uganda and Sudan on the one hand, and Ethiopia and the United States on the other, weighed heavily in the logistics of the warring parties.

Currently, the war has given way to a deep humanitarian crisis. The millions of people displaced by the conflict between President Salva Kiir Mayardit and Riek Machar are struggling to return to normal life.

The independence of South Sudan, a concession

Like neighboring countries, Sudan was a divided nation and federal states. The armed rebellion in Darfur then encouraged several governors to demand the independence of Khartoum. However, for fear of being overwhelmed to the point that the country would crumble, Sudanese President Omar al-Bashir called a referendum.

South Sudan's self-determination referendum followed a peace deal with the rebels. The ballot was in favor of secession at 99%. El-Bashir abdicated to the result. However, details were yet to be determined. On the side of Khartoum, the sacrifice of oil from the South expected a political victory for the president's regime.

Salva Kiir and Riek Machar, protagonists of a calamity

The country's first and only president since 2011, Salva Kiir, head of the MPLS, was the vice president of Sudan before secession. A military man before joining the revolt, he had succeeded John Garang. He does not, however, have the same strength of character as his predecessor, nor his penchant for diplomacy. He thus lost the historic Ugandan support of the movement from independence.

On the other hand, Vice President Riek Machar, who has resumed his post since the 2020 ceasefire, has been Salva Kiir's best enemy for 10 years. More involved in South Sudanese politics, the boss of the SPLA has joined the president's party on several occasions.

Kiir and Machar had led the rebellion since 2005. And the political outcome of the War of Independence had surprised them. Yet career politicians, the two rebels have experienced many difficulties. First, the union of the two statesmen was conditioned by the necessity of the time of the conflict against the federal state. Second, Kiir and Machar never shared any affinity with neutrality. Respectively extreme right and extreme left, and endowed with two powerful militias, they have disappointed the hopes of the South Sudanese by waging war. 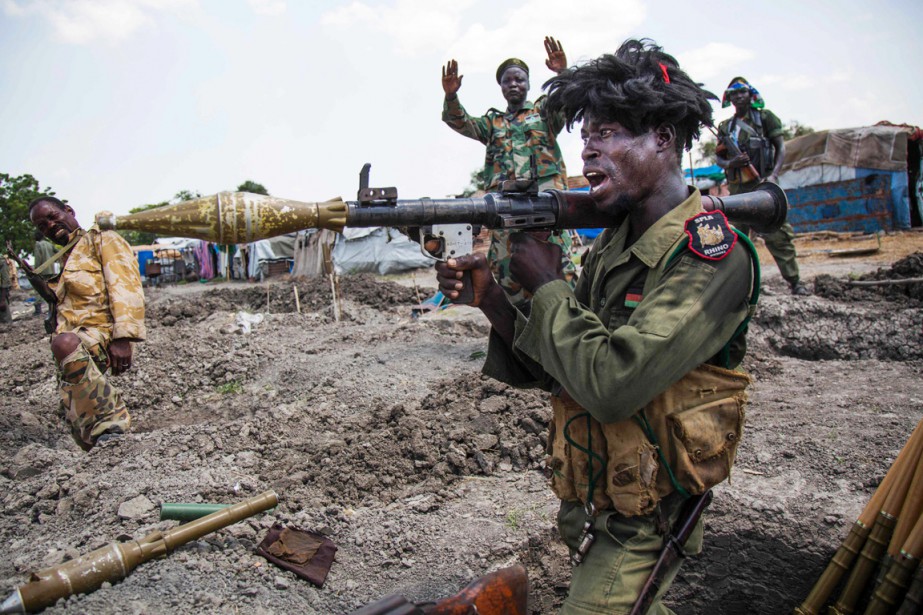 A civil war of incredible brutality

The civil war was caused purely by divisions within the MPLS. Undoubtedly, ethnicity played a major role in the civil war. Salva Kiir is Dinka and Riek Machar is Nuer. When the opportunity arose in 2013 for the two leaders to agree to calm the ethnic conflict in the capital Juba, they preferred to politicize it. President Salva Kiir accused Machar of an attempted coup. The vice president then fled, his ruling supporters were persecuted. Then, a western coalition formed by Germany, Italy, Great Britain and the United States supported the withdrawal of Nuers leaders from the capital.

Kiir's government therefore intensified hostilities. And Riek Machar's soldiers have flocked to strategic sites in order to bend the central power. By capturing the oil fields, a status quo was established in 2014. A first peace was signed by Machar and Kiir in Addis Ababa.

However, the conflict resumed, more brutally, two months later. The ceasefire was not respected until 2016, under Western pressure. Then Riek Machar resumed his post of vice-president. In the streets of Juba, Machar's lieutenants excluded from the 2016 agreement have resumed arms. And bloody clashes sparked the deployment of UN peacekeepers. For two years, the spiral of violence shattered the fragile peace, and caused famine in the country, as well as more than 200 deaths. In 000, South Sudan finally finds peace, and talks resume. After a diplomatic marathon, Machar and Kiir return to the status quo in February 2020. Since then, the country has been relatively stable, but at what cost?

#UPDATE South Sudan - the youngest nation is the world - is turning 10 today. But, after a decade of independence, not everything has gone according to plan. A civil war has torn through the country & it has exacerbated other conflicts over cattle, land and ethnic tensions too. pic.twitter.com/X5c3GWDUEs

Is there a future for South Sudan?

The horrors of the civil war in South Sudan are historically among the worst in Africa. In the contemporary history of the continent, no conflict has caused so many deaths in such a short time. And even CAR and DRC cannot compete with South Sudan's brutality and war crimes.

The UN, the African Union and NGOs report 2 to 3 million displaced people, as well as 400 deaths in total. A real butcher's shop. However, the fear of South Sudan was not limited to this. Executions were carried out in the hundreds, every day, by burning and beheading civilians. Rape, emasculations, slavery crimes and the conscription of children left scars in the memory of the entire South Sudanese population.

In addition, the relative peace in the country is already threatened by the thirst for blood of the warlords who have turned into bandits. Without neglecting the thirst for oil of neighboring countries and the West. Meanwhile, famine has become a daily reality in the west of the small and young nation. And even NGOs no longer venture into South Sudanese territory for fear of the inhuman violence that the civil war has normalized.

For this insecurity, and others more common but less easy to resolve, such as shattered finances, non-existent employment, dilapidated infrastructure and the health crisis, South Sudan is bitterly celebrating its independence. The uncertain future of the country worries its citizens. And there is doubt as to the possibilities, or prospects available, to pull South Sudan out of the abyss.

Fun facts about South Sudan! 🇸🇸
-Tall people.
-Youngest country
-Land of the dark melanin
-More than 60 ethnic groups.
-over 60 languages ​​spoken in the country.
-Majority of population under the age of 25.
And the list goes on !!
(July 9th 2011) pic.twitter.com/OWnSlvrtX2

In Libya, the UN special envoy, Jan Kubis, alone against all