[Series] The tyrants of Africa: Hissène Habré, the Pinochet of Chad

Arrested and tried in Senegal in the 2010s, Hissène Habré reigned supreme for eight and a half years in Chad. The soldier allegedly killed more than 40 people.

1982. Goukouni Oueddei, a few months after decreeing the merger between Chad and Libya, is overthrown. With the help of France and the United States, Hissène Habré takes power. At the time, Habré was well acquainted with the mysteries of Chadian power: in August 1978, he was appointed Prime Minister by General Félix Malloum. A gesture in favor of "national reconciliation" which will soon turn into a nightmare. While the house of Hissène Habré was attacked on February 12, 1979 by the national police, it was the start of a new civil war launched by Habré and his Armed Forces of the North (FAN). While an understanding between the different parties to the conflict is quickly found, France, reassured by its African partners, is gradually withdrawing its troops from the country. Oueddeï then becomes president of a provisional Council of State. So provisional that Hissène Habré will overthrow him in 1982. For eight and a half years, this admirer of Che Guevara, Frantz Fanon and Raymond Aron will quickly forget his readings to concentrate on his country, not without a certain violence.

Because during his forced departure from power, Hissène Habré will be accused of being responsible for the death of 40 people, at the very least. For more than eight years, Habré, known to be paranoid, will reign a blind terror on his populations. His political career is a good illustration of this paranoia: it will be made of alliances and betrayals. As from 000. While he appointed him Prime Minister, Habré decides to betray Félix Malloum and drive him out of N'Djamena. He then made an alliance with Goukouni Oueddei, who had already appointed him commander of the Northern Armed Forces (FAN) in 1979. But a year later, he betrayed the latter. For years, Hissène Habré will fight on the ground, between Libya and Chad. Nicknamed "the warrior of the desert" by the CIA, before becoming a coup leader, Habré had ideals. According to Raymond Depardon, who made a documentary on him, Hissène Habré was "tall, dry, stingy with words, great reader, surrounded by rather brilliant guys", but above all impressive and frightening. "He had a great culture, spoke perfect French, had a radical revolutionary culture, very anti-Libyan, (...) basically quite Nasserist", sums up the director. 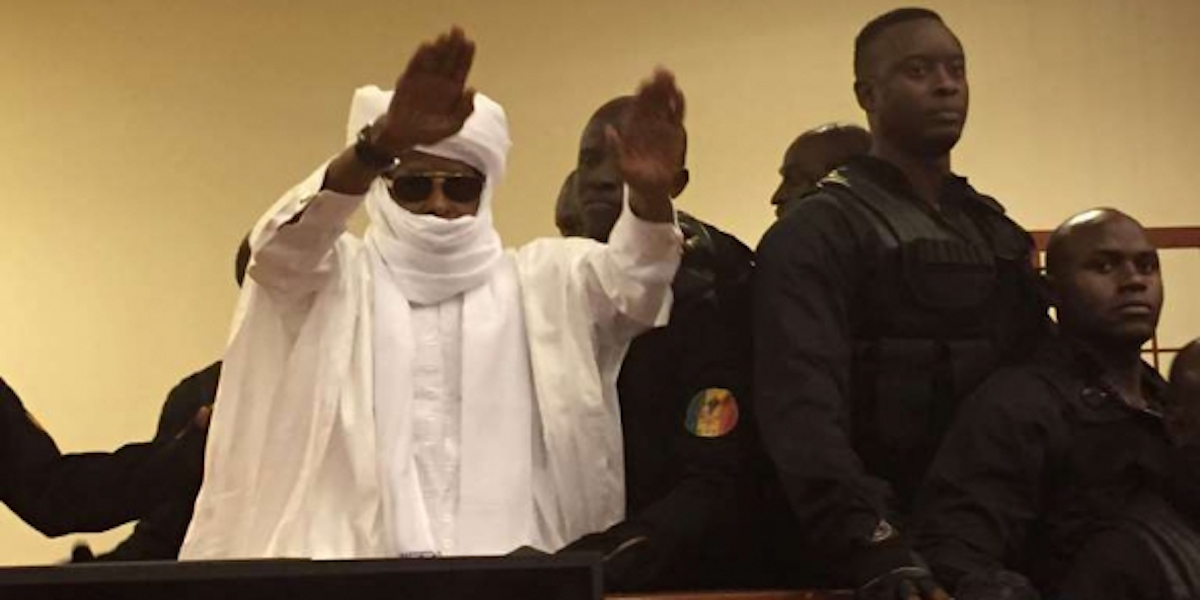 The terror which weighed on the Chadian populations, few political leaders of the time can assure that they were not aware of it. But it was after his overthrow that the discovery of mass graves shocked the whole world. In December 1990, Idriss Déby, supported by François Mitterrand and France, took power from Habré. A year and a half later, the macabre revelations follow one another: mass graves around the capital are discovered. The political police (DDS), created by Habré, executed Chadians by the tens of thousands. In 1992, Idriss Déby set up a commission of inquiry to account for the atrocities committed by Hissène Habré during eight years. Witnesses then recount their links with the former Chadian president and investigators try to count the deaths. A witness will say in the final report that Habré "is a mixture of a Maoist leader and a good Muslim". Others will be harder: Habré's crackdown would have left 80 orphans, according to the report. A document which, on the other hand, does not incriminate Idriss Déby, who was nevertheless the chief of staff of Hissène Habré and therefore one of the centerpieces of the Habré regime.

A trial before a special African tribunal, a first

In exile in Senegal, Habré will first live a few calm years. For two decades, the Chadian will be able to count on the support of Abdou Diouf, who agreed to welcome him unconditionally. Abdoulaye Wade, in the early 2000s, will defend him through the voice of his Minister of Justice. In 2011, Chad requested the extradition of its former head of state. Because three years earlier, Habré was sentenced to death in absentia for “crimes against humanity” by a court in N'Djaména. But the Wade regime will refuse to fire Habré. It was not until 2013 and intense pressure from the international community that the Chadian was finally arrested. On July 2, he was imprisoned in a cell of a VIP prison establishment. According to the testimonies of the prison guards, when putting himself behind bars, Habré would have remained proud and serene. Oueddei recalled, a few weeks later, that “Hissène Habré is proud. If it is clean it will be okay. If he did something, he will be condemned ”.

A sentence, at the time, had already been decided in Chad. But the international NGOs and the victims, then base themselves on the Pinochet affair - which will give Habré his nickname of "African Pinochet" - to achieve their ends, hope much more concerning the former Chadian president. At the origin of tens of thousands of deaths, Hissène Habré was the first African president to be tried "in the name of Africa" ​​by an extraordinary African chamber, on the recommendations of the African Union. In 2008, Senegal then initiated a series of legislative reforms. A constitutional amendment now allows the country to investigate cases of genocide, war crimes or crimes against humanity perpetrated outside its borders. In 2008, several victims filed a complaint against Habré, in Senegal. For 56 days, the Chambers will hear 93 witnesses. Habré will remain silent. Found guilty of crimes against humanity, rape, executions, slavery and kidnappings, he was sentenced to life imprisonment. After asking to be released for health reasons, Habré returned to prison on June 7, 2020 after two months under house arrest.

Ivory Coast: Is Simone Gbagbo the future of the opposition?

Where is Africa in the fight against modern slavery?