In its latest report, the GSM association affirms that it is in Africa that 70% of the money transited via mobile in the world in 2021. A sector which whets the appetites.

A trillion dollars in the world, of which 697 billion circulated in sub-Saharan Africa alone. The mobile money industry dominates the banking sector in Africa. And Africans – not counting North Africa – have 183 million digital wallets in 2021, a 12% increase from the previous year.

The GSM Association (GSMA) Annual Report, published on April 21, highlights certain specificities of this sector which dominates fintech in Africa. Enough to entice the giants of the sector — Orange, MTN, Moov, Airtel, Vodafone… Latest to date, the American group Wave which was granted the EME license by the Central Bank of West African States (BCEAO) in April.

The exorbitant amounts explain the growing interest for African governments to tax electronic money transfers, in this case Cameroon and Ghana. Similarly, if the transfer of money is so voluminous in Africa, it is because its use goes beyond its traditional framework. 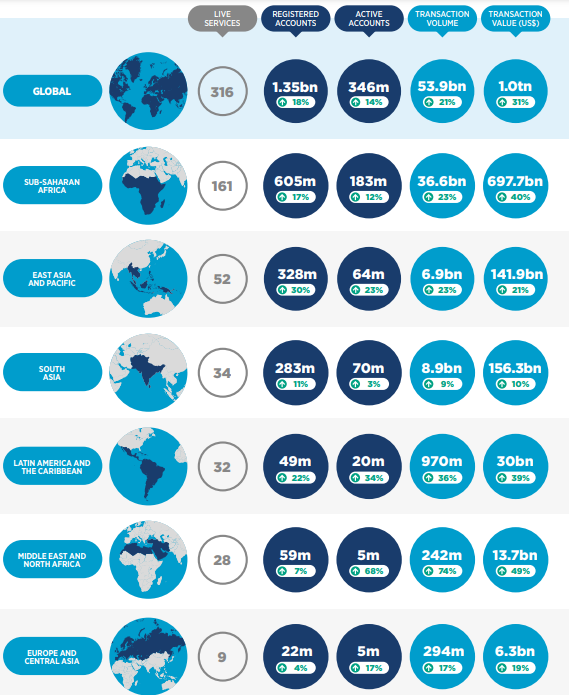 Mobile money conquers Africa, until when?

But if, overall, the value of digital money transactions in sub-Saharan Africa has seen such a strong increase (40%), it is mainly thanks to transfers between individuals (P2P). In this respect, competition is fierce between operators. Money transfer is highly taxed by the commission of facilitators, and users are increasingly interested in the best offers on the market.

The banking sector, meanwhile, is bearing the brunt of the expansion of mobile money in Africa. Some French and British banks have expressed their wish to withdraw from Africa. Paradoxically, African banks achieve enviable figures on the continent, like the Gabonese group BGFIBank, or its Moroccan counterpart Attijariwafa.

Read: Why are European banks no longer interested in Africa?

Be that as it may, if the rise of mobile money harms above all the banks and coffers of African States, it harms a climate conducive to the success of small or medium-sized enterprises (SMEs). It remains to be seen whether central banks or governments will not tax the activity of operators more.

France-Morocco: what changes the re-election of Emmanuel Macron