Mali will start working on its new Constitution

Goïta's decision comes a few days after the announcement by the Malian government of the final duration of the transition, set at 24 months. A deadline decided following the postponement of the decision of the Economic Community of West African States (ECOWAS) concerning the continuation or not of the sanctions imposed on Mali.

Indeed, Bamako had announced the reduction of the transition period, which would go from five years to two years. Enough to consider a positive return from ECOWAS. The latter, however, failed to reach an agreement on lifting the sanctions. The Malian government has therefore chosen to progress, rather than waiting for the next ECOWAS summit, scheduled for July 3, 2022.

Even if it were to be received favorably, the unilateral decision to announce the duration of 24 months of transition did not fail to annoy the regional institution. In a press release, ECOWAS said it regretted that “the Malian authorities have taken a decision on the transition, while negotiations are still underway to reach a consensus”.

Nevertheless, the deadlines for the work of the Malian Constituent Commission should quickly cause the form to be forgotten. 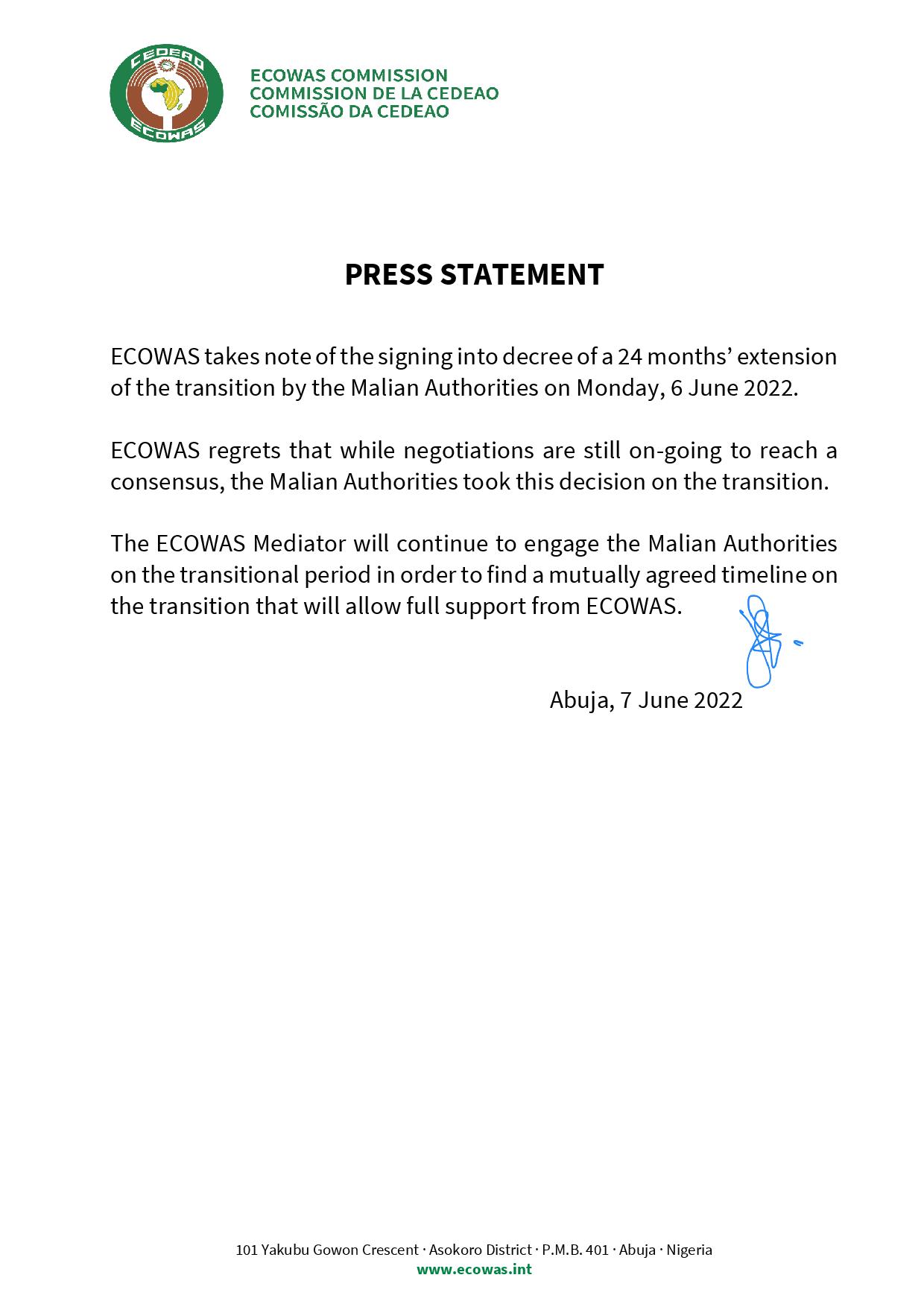 What modalities for the new Constitution of Mali?

Assimi Goïta has opted for a reduced Commission formation. It will include a chairperson, two rapporteurs, experts and support staff. A Commission made up of technocrats, in short, with an option that will allow consultation of the "living forces of the nation", namely parties, organizations or unions.

An unusual formation, however. Nothing has yet filtered through on the appointment of the President of the Commission. But it is quite rare, in public law, for a group responsible for drafting a new Constitution to be completely apolitical. In Mali more than elsewhere, where the last Constitution of 1992 was drafted by a National Conference made up of soldiers and political parties, then validated by referendum.

While it is understandable that Assimi Goïta wants to take advantage of the popularity of his government in order to ratify a new Constitution as quickly as possible, the remaining question is, apart from a potential reduction in the abnormally broad powers of the President in the 1992 Constitution, which will change exactly.

Another question arises: how will the Malian Constitution be ratified? The choice is very important in diplomacy for military juntas, because the legitimacy of the Constitution often depends on it. In republican regimes, referendum confirmation is the most common solution. Supported by his people, will Goïta decide to organize a referendum after the drafting of the text?

Where is Africa in the fight against child labour?