This Tuesday, an attempt by the forces of Fathi Bachagha and Khalifa Haftar to take the capital of Libya, Tripoli, failed. Was Prime Minister Abdel Hamid Dbeibah finally right in refusing to cede power?

Since the appointment by the eastern parliament of the “new” Libyan Prime Minister Fathi Bachagha, a veritable war of influence has broken out between the latter and the Prime Minister in office, Abdel Hamid Dbeibah. This Tuesday, May 17, forces loyal to Fathi Bachagha and eastern strongman Khalifa Haftar attempted to break into the Libyan capital Tripoli. Fighting ensued between the Nawasi Brigade, supported by Libyan National Army (LNA) soldiers on one side, and Brigade 444 and government forces on the other.

The eastern forces suffered a crushing defeat, announcing their withdrawal hours after the assault began. For his part, Fathi Bachagha announced that he was stepping down "in order to preserve the security of citizens". Result: dozens of dead, charred cars and damaged buildings.

Clashes erupted in Libya's capital after a failed attempt by the parliament-appointed prime minister Fathi Bashagha to take power from his rival administration https://t.co/fnyi2rdOGy pic.twitter.com/OSk40k4Ln2

However, Fathi Bachagha had promised, when he was appointed, to obtain a consensus and avoid violence. For his part, Dbeibah refused to cede power before the elections, scheduled for next June. Egyptian diplomacy - which supports Bachagha - has called for calm and restraint. Same thing on the side of the head of the UN mission (Manul), Stephanie Williams.

There is no doubt that this failed attempt by Bachagha to impose himself will hamper the ongoing talks between the two Libyan Prime Ministers. A case in which many friendly and neighboring countries are trying to mediate.

The speech of Fathi Bachagha and his allies also looks like an attempt to save face. For despite media speculation about the military might of the Eastern Front, pro-Bachagha forces failed to take the capital. If Haftar's last attempt to take Tripoli by force between 2019 and 2020 – it also ended in failure – resulted in a long war, it would seem that Haftar's loss of his Russian allies has been recorded.

Another important fact, after this attack by Bachagha and his allies: Tripolitan civilians took to the streets en masse to express their dismay. Dbeibah therefore emerges as the winner, in terms of popularity, from this episode.

Bachagha's attack comes as the Eastern Parliament (HoR) and Western Senate (HCS) meet in Cairo for the second round of UN-supervised talks. With this military failure, Bachagha lost precious allies. According to Journal de l'Afrique sources, Libyan officials in the "Cairo cell", including Muammar Gaddafi's cousin, Ahmed Gaddaf al-Dam, were unaware of the attack. It would be the same for the Russian charge d'affaires in Libya, Jamshid Poltaev, according to a Russian diplomat installed in Egypt.

Read: Libya: the political crisis continues, Algeria and Egypt as justices of the peace

In other words, this assault by Bachagha and Haftar would have been decided hastily and unilaterally, without even consulting Egypt or Russia, even if the latter has not supported Haftar for months.

Precisely, it is the very intimate relationship between the lords of Benghazi and Tobruk, and Egypt, which could be damaged by this attack on the capital. Egypt, despite its support for Bachagha and Haftar, had favored discussions between the belligerents, under pressure from the UN, Algeria and Turkey. The latter two agree on the "need to give the floor to the Libyan people to allow them to decide their fate through elections", according to Algerian President Abdelmadjid Tebboune.

The Turkish intervention against the attack on Bachagha is not in doubt. Brigade 444, which had intervened to push back the troops from the east, but which also positioned itself as a mediator to end the fighting, is trained, armed and supported by Ankara. Which means that Turkey finally sided with Dbeibah, and in favor of the elections in Libya.

Abdel Hamid Dbeibah decided, after the end of the attack, to dismiss the director of the Security Agency (the gendarmerie), Mustafa Qaddur. The latter, barely appointed to his post, was the leader of the militia which supported Bachagha during the attack, the Nawasi brigade. 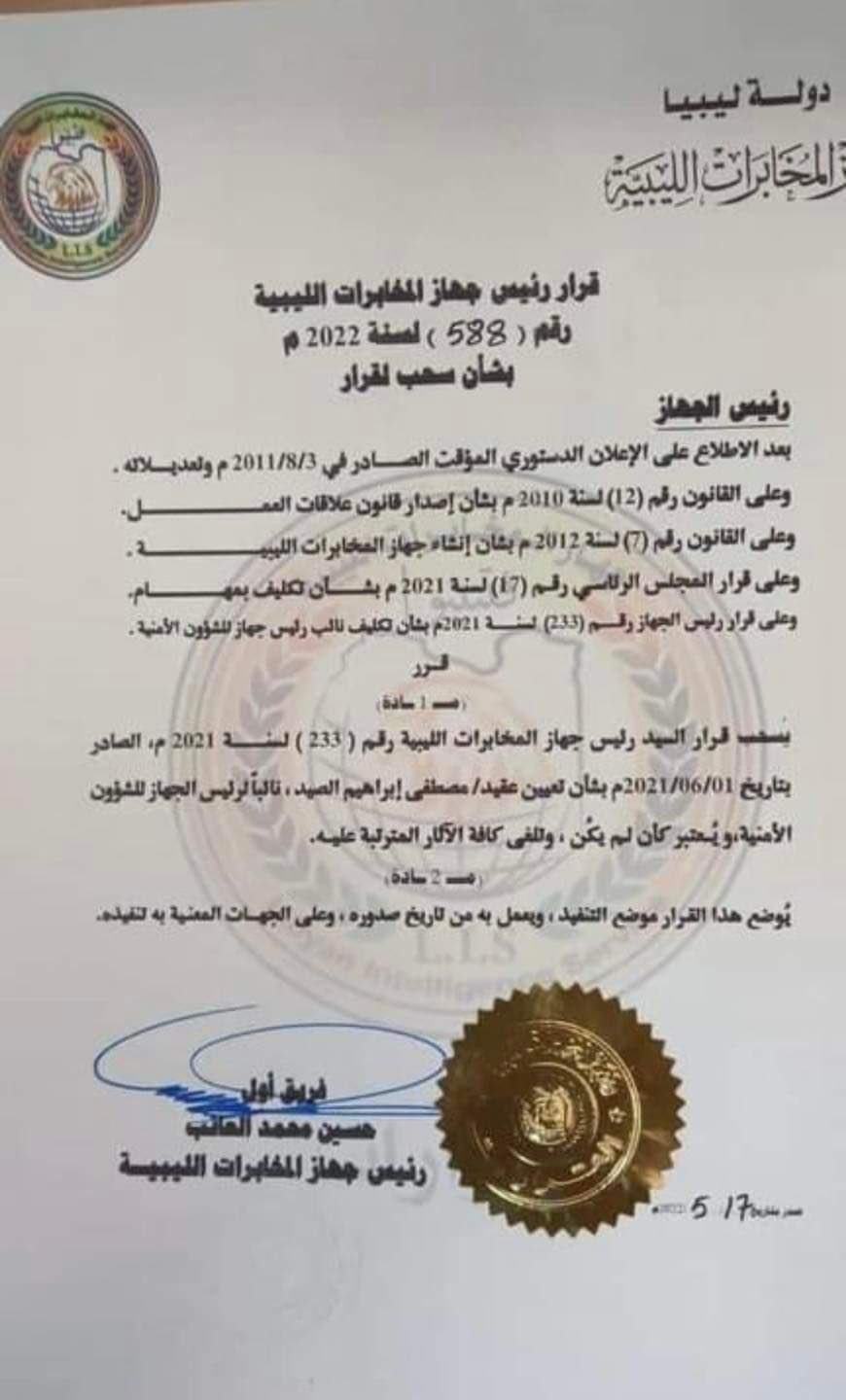 The Libyan Prime Minister promised that "such acts (the attack on Bachagha) would be vigorously fought". He also decided to dismiss the director of military intelligence, Oussama Jouili. The latter, reputed to be very close to France, was appointed last December. Chadian mercenaries, under his orders, are said to have committed acts of looting during the clashes on Tuesday.

Unless the violence resumes, therefore, it would seem that Bachagha no longer has any diplomatic solution to his claims to the prime ministership. We will therefore have to wait for the legislative elections, of which Tripoli and the international community will try, whatever happens, to impose the results.

Read: In Libya, the ultimate crusade of Aguila Salah

Dissolution of parliament by Embaló in Guinea-Bissau: divide and impera