How the Covid-19 accelerated the development of e-commerce

The coronavirus pandemic and the measures that resulted from it have helped develop the e-commerce sector. But in many African countries there is still work to be done.

It is “the year when everything changed”, according to the United Nations Conference on Trade and Development (UNCTAD). 2020 has allowed a boom in the e-commerce sector, thanks to the sad pandemic that shook the planet. "Never has such a sudden growth occurred like the one recorded by the digital and electronic commerce sectors, a real boom born of the Covid-19 crisis", sums up the UNCTAD which, each year, publishes its “Electronic Commerce Index”.

In 2020, Mauritius was at the top of the ranking of this index in Africa. An index that takes into account several criteria including the development and deployment of the Internet, and the digital quality of life, indicates the economic and financial agency Ecofin. 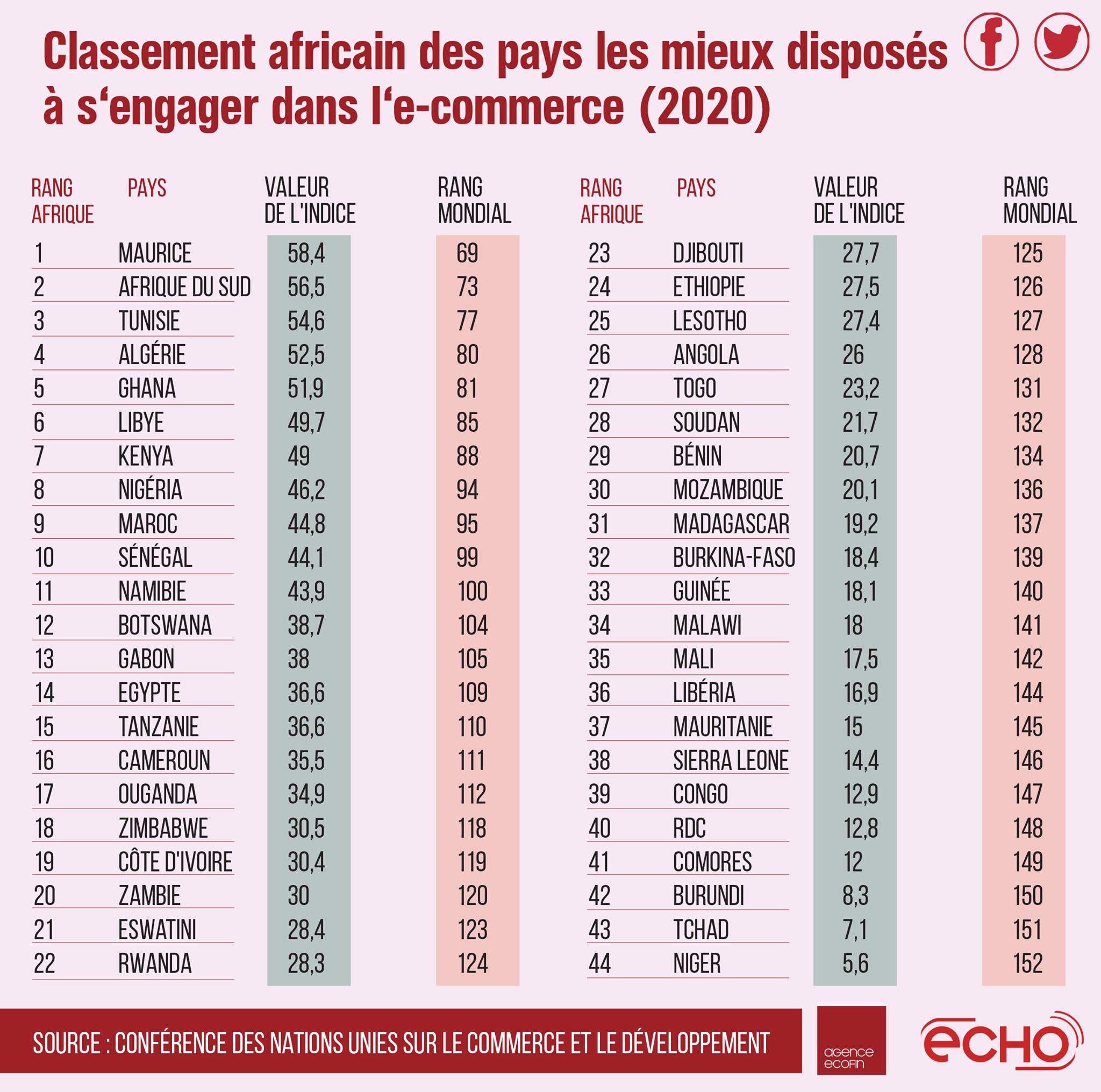 But 2020 will have caused a real awareness among players in this sector. Confinement, curfews or closures of restaurants, shops and bars… All of these factors have demonstrated the need to develop e-commerce a little more on the continent.

“The share of e-commerce in global retail trade has thus increased from 14% in 2019 to around 17% in 2020”, says UNCTAD, which estimates that “businesses and consumers who have been able to 'go digital' have contributed to mitigate the economic slowdown caused by the pandemic ”.

The international institution thus gives the example of the Jumia platform. In the first half of 2020 alone, the company that owns the app saw a 50% jump in its transactions. And if the pandemic and health measures end, UNCTAD promises that "the trend recorded for e-commerce in 2020 should continue during the recovery."

In Africa, obstacles to e-commerce

However, all is not rosy: Internet costs too high, very low banking access and preference for cash or even limited income ... Africa, if it has seen its electronic commerce explode, is still subject to many brakes. “In several of the least developed countries, consumers and businesses have failed to take advantage of the opportunities offered by e-commerce due to persistent barriers,” says UNCTAD. Among these obstacles, too, is the “lack of consumer confidence” in these new modes of commerce.

The United Nations Conference on Trade and Development is also surprised at the lack of attention given by governments to electronic commerce. While, continues one of the directors of the organization, "countries that harness the potential of electronic commerce will be in the best position to ensure that the goods and services they produce reach global markets in a digitizing economy" .

The explosion of e-commerce majors could prove to be complicated for Africa. According to UNCTAD, “there is a real risk that the significant digital divide that already existed between and within countries will worsen following the pandemic”. In other words, this situation will result in "even deeper inequalities which risk calling into question the progress made towards the achievement of the United Nations sustainable development objectives".

However, UNCTAD takes its hat off to Senegal, which "has carried out an information, education and awareness campaign highlighting the benefits of electronic commerce among all segments of the population". Too rare an example. "Governments must prioritize digital readiness at the national level so that more local businesses become producers of the digital economy, not just consumers," says the report of the United Nations Conference on Trade and Commerce. development which advocates, on the part of African governments in particular, the establishment of more solid regulatory frameworks and to be concerned about data exploitation.

The Great Green Wall, a driver of sustainable development in the Sahel