Among more than 380 Cuban soldiers who fought for African independence, at least 000 died. Fidel Castro was an important actor in African decolonization. A History that Africans tend to forget...

On August 13, 2016, for his 90th and last birthday, the leader of the Cuban revolution, Fidel Castro, wore the tracksuit of the national football team of Algeria. It was then the last public appearance of “el Comandante”. A little over three months later, Castro dies. In Africa, many countries have decreed a national mourning in his honor.

Incomprehensible to the West. But also incomprehensible for a large part of African youth. If you are not Angolan, Algerian, or Bissau-Guinean, it is difficult to understand the relationship between the Cuban leader and Africa. Some African media announced the death of the "Cuban tyrant", a narrative that even the Western media did not dare.

But, if we should not forget the figures of the liberation of Africa from the yoke of European colonization, Fidel Castro also has an unbreakable place in the African history of the XNUMXth century.

Fidel Castro's national policy does not concern Africans excessively. It is however necessary to denote the health system in Cuba, hailed by the World Health Organization (WHO), which considers Cuban public care as “an example for the whole world”. The Castro era also left the world's highest rate of vaccination against viral diseases — immunization in Cuba stands at over 96% against 27 diseases according to US research. Then, according to Unicef, literacy in Cuba was 100% when Fidel Castro died.

If all these indicators of governance can be questioned, the Cuban contribution to the liberation of Africa remains a widely documented fact.

Africa-Cuba, a friendship born in the blood of martyrs

In 1987, the Los Angeles Times claimed that 10 Cuban soldiers had been killed in Angola since 000. "A figure proportionally greater than the number of Americans who died in Vietnam," the American newspaper asserted.

According to Fidel Castro himself, “381 Cuban soldiers fought hand in hand with African soldiers for national independence or against foreign aggression”. An estimate of a Fidel Castro who was fond of details, which no one has ever denied.

While one can recall the repression of opposition in Cuba during Castro's long tenure, "one of the greatest ironies is that the very people who demand recognition for his wrongs were on the wrong side of history or sponsored dictatorships in many African countries,” writes author Sean Jacobs.

After liberating Cuba from the corrupt reign of Batista in 1959 and seizing power, Fidel Castro quickly found himself poles apart from the United States and Western countries in general. But contrary to what one might think, its rapprochement with the Soviet Union had taken place by elimination. For Fidel Castro, diplomacy depended on one factor: decolonization and the common interest.

For this reason, as well as his activism in anti-racist networks since adolescence, Fidel Castro quickly turned to Africa. It should be noted that a majority of Cubans were also descendants of Africa.

Castro's first concrete "African act" was his support for Algerian independence during the Algerian War in the early 1960s. Three years later, Cuba sent soldiers to train Amílcar Cabral's guerrillas in Cape Verde and Guinea-Bissau. It was moreover the latter who had declared: "When the Cuban fighters return home, they will take only the remains of their dead comrades".

On April 24, 1965, Fidel Castro's companion, Ernesto "Che" Guevara landed in the east of what is now the Democratic Republic of Congo (DRC). Accompanied by soldiers, doctors and nurses, the Cuban contingent led a bloody war against the American and Belgian troops then deployed from Tanganyika to Kasai.

Later, between 1966 and 1974, Cuban forces fought with the PAIGC for the independence of Guinea-Bissau. Then, since 1976 and until the end of apartheid in South Africa, tens of thousands of Cuban troops stalked southern Africa, inflicting humiliating defeats on the South African army and its Angolan rebel allies.

Nelson Mandela also wrote, from his prison on Robben Island: “This is the first time that a country from another continent has come, not to take something, but to help Africans to obtain their freedom”. 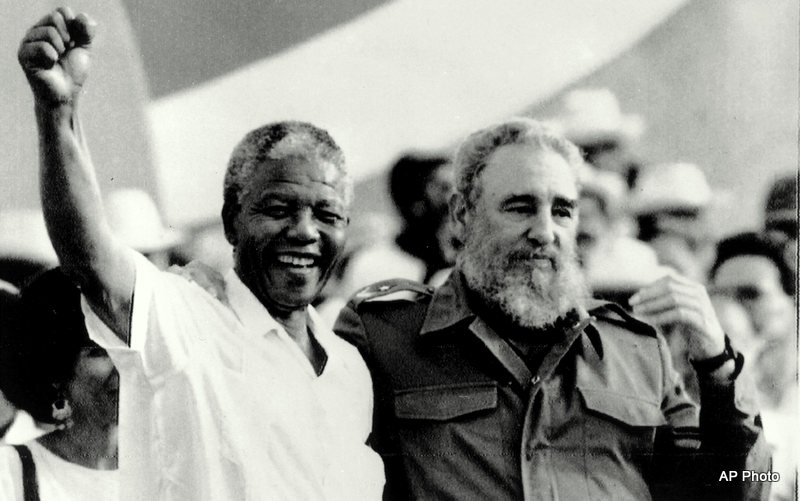 What does the withdrawal of Ugandan troops from the DRC mean?