In South Africa, the American company Meta Platforms, owner in particular of Facebook and WhatsApp, is accused of having violated the country's antitrust laws.

After legal actions against Facebook and WhatsApp in the United States, Great Britain and the European Union (EU), it is South Africa's turn to denounce the monopolistic practices of Meta platforms, formerly Facebook Inc.

This is the second time in less than a year that Facebook and its subsidiaries have been sued in South Africa. Between March and July 2021, a parliamentary commission had taken up a complaint from the High Authority for Telecommunications against Facebook, against the background of monitoring the finances of Mark Zuckerberg's conglomerate. Facebook had then agreed to submit to South African law in this area, under the threat of being banned in South Africa.

Read: In Africa, WhatsApp and the worrying monopoly of Facebook

This time, CompCom accuses Meta and its platforms of abuse of a dominant position. At the center of the case, the prohibition of the use of the programming interface (API) of WhatsApp to the government platform GovChat, among others.

A question of competition or data theft?

GovChat is an application developed by a South African start-up as a platform for dialogue between State and citizens. It has become more important since the start of the Covid-19 health crisis. GovChat notably offers education campaigns, provides screening test results or statistics on request, demographic, economic, climatic or other indicators for the benefit of professionals.

The app is also used to triage and forward citizens' questions to the government, and publish the answers. Also, GovChat is used for requests for social assistance and state administrative services. 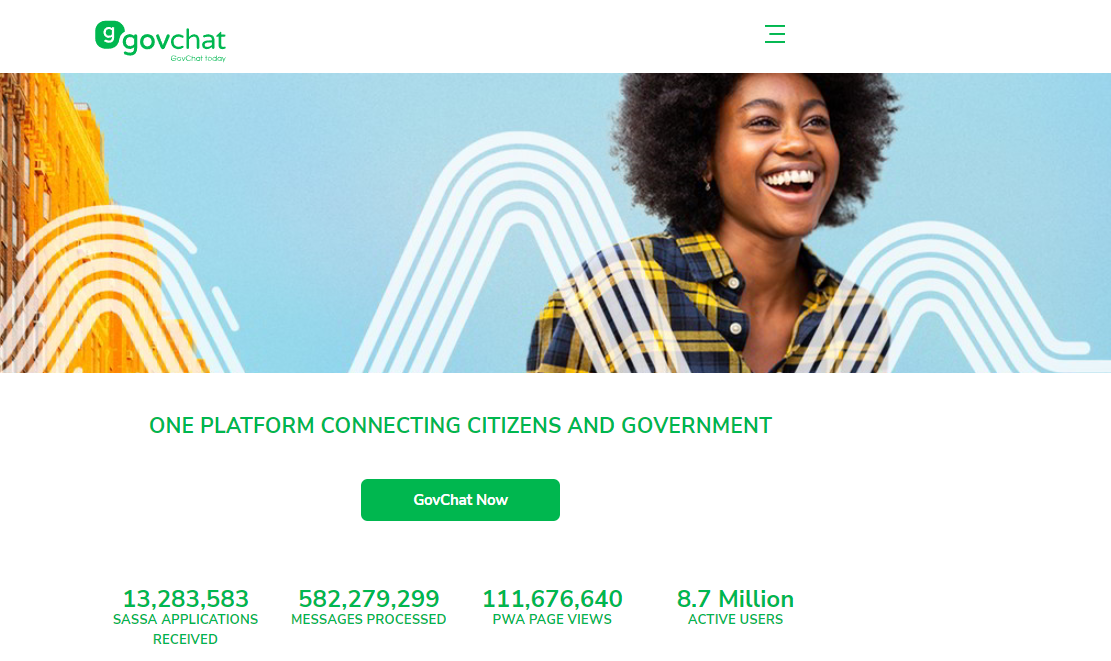 WhatsApp believes that GovChat had become a direct competitor in South Africa since November 2020. Representatives of Facebook then met with representatives of the Ministries of Communications and Finance, in an attempt to "offboard" GovChat, and thus deprive the application the right to use the WhatsApp API.

According to CompCom, in its statement on Monday March 14, Meta had decided in 2020 to "disconnect" GovChat from the WhatsApp Business API. This could cause a long interruption of services, and constitutes an abuse of dominant position under South African competition law.

Read: GAFAM against Africa, who will win?

"Facebook has imposed and/or selectively enforced disqualifications governing access to the WhatsApp Business API, primarily restrictions on data usage," CompCom said. A way for the judicial body, affiliated with the prosecution, to denounce that it is, neither more nor less, a covetousness of Meta vis-à-vis the personal data received by GovChat.

Towards a new showdown between Facebook and South Africa?

The Competition Commission believes that GovChat is dependent on its continued access to the WhatsApp API. “The planned removal of GovChat from the WhatsApp Business API will harm consumer welfare. (…) It will also deprive the government of the current services offered by GovChat”, estimates CompCom. “The harm to the competitive process is very clear. The exclusion of GovChat from the WhatsApp API will also limit innovation and the development of new products and services,” the proceeding concludes.

On Meta's side, it would be a “dispute of a purely commercial nature” and therefore “outside the jurisdiction of the South African Competition Tribunal”. A Whatsapp spokesperson says they are “aware of the vital role GovChat plays in connecting government with citizens. This is why we want to work with GovChat in accordance with recognized international standards to provide this service”.

And the manager continues: “However, GovChat has refused to comply with our policies. We will continue to defend WhatsApp against abuse and protect our users."

With this quarrel between WhatsApp (and Meta) and GovChat which will therefore continue in court, it will be nothing more or less to determine which of the two parties has the right to the metadata of GovChat users. However, with Facebook, which has tried to offboard GovChat on the sly, and CompCom on the side of GovChat on this issue, will Meta be heading towards a new showdown with the South African state?

Libya: the Dbeibah-Bachagha impasse, and the "good offices of the United Nations"