Russia-West economic balance of power: a cycle that is ending?

Since the partial exclusion of Russia from the international financial system, Western economists fear a reversal of the situation with serious geopolitical ramifications, going as far as the “end of the Pax Americana”.

While the Ukrainian conflict turned into the Cold War between Russia and the West, European countries have decided to retaliate by blocking Russian assets abroad, among other things. 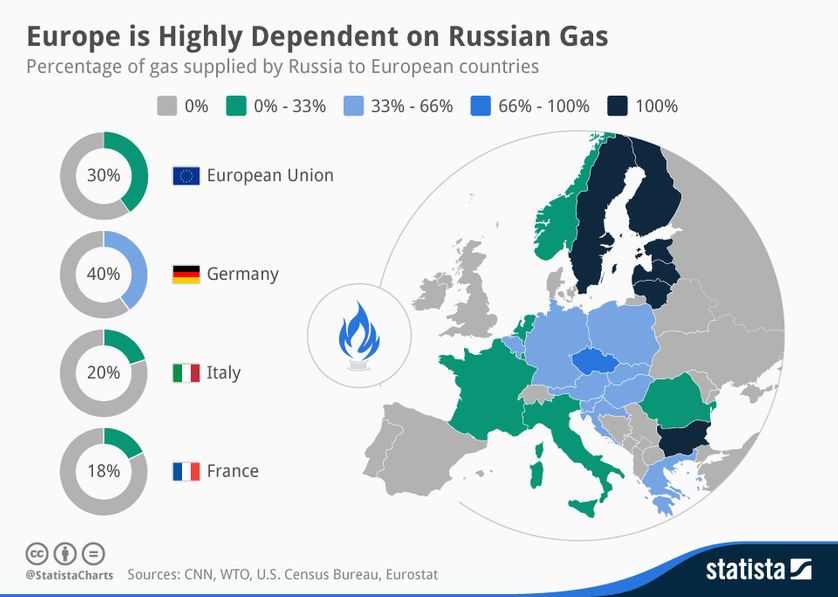 An "end of the Pax Americana" that the essayist announces. Charles Gave denounces European and American decisions taken without real consideration of the consequences.

He recalls in particular the extraterritorialization of American law on the dollar, the objective of which was to monitor financial transactions. “US law applies to all dollar transactions. (…) No one believes in the dollar as a reserve currency anymore, it's an unimaginable loss of sovereignty,” says the economist.

West against Russia, who will resist autarky?

If the West has, in fact, amputated the Russian Federation of its liquidity abroad, and of some of its banks with access to the SWIFT circuit, Western economists of all persuasions are calling their governments to order. Gave, for his part, explains that “Russia has everything it needs even if it does not sell anything abroad. She can live independently for two years. And then we (France, editor's note) cannot live for two months.

A finding that does not date from today. Already in 1965, the French economist and statesman Jacques Rueff called for a return to the gold standard as the international monetary system. Since then, the US dollar has taken over. But while the energy crisis, the proportions of which threaten to collapse the European economy in the first place, risks dragging the entire international economic system down its path, there is reason to wonder, for Westerners themselves, whether a new liquidity crisis would guarantee the survival of the world market.

For economist Marc Lambrechts, the looming financial crisis could be more serious than the banking crisis of summer 2008. is banned from the system. And the assets deemed toxic are no longer 'subprime' products but Russian assets,” said the journalist.

What remind the alert of the manitous of Wall Street, in an article of Bloomberg. "The ousting of Russia could backfire, driving up inflation, bringing Russia closer to China and shielding financial transactions from Western scrutiny," said Citigroup and JPMorgan Chase, two of the three largest financial players in the world.

Russia foresaw the financial impact of the war

On February 23, a study by the third European bank, Crédit Agricole, suppressed – censored? — since then, claimed that Russia holds more than 57% of its liquidity reserves in yen, yuan, or even gold!

According to rating agency Fitch, at the time of exposure to Western sanctions, Russia held 17,4 months of its imports, compared to an average of 8,7 months for countries with its same rating – BBB positive before the sanctions , better than Italy, Spain and only a notch below the United States. 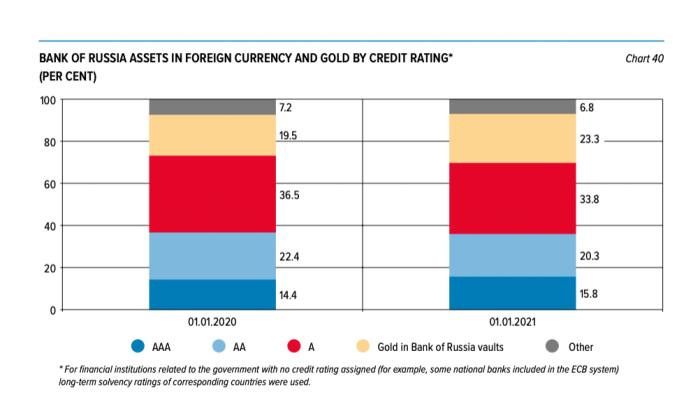 Russia has therefore prepared for what Vladimir Putin considers “an economic war”. Financially, the balance of power is as vague as the functioning of the insurers of financial assets in relation to the real economy. And from this point of view, if we must remember that Europe is dependent on Russian gas, the problem is not just energy. The impact on the global economy spans a variety of products.

“They only eat couscous”

In North Africa, Egypt sources cereals abroad for more than 60% of its needs, 80% of which come from Russia or Ukraine. It is no better in Morocco or Tunisia, dependent on the belligerents of the current war for 35% and 53% of their respective cereal consumption.

Read: Sanctions against Russia: what impact for Africa?

Wheat, maize and other food products whose prices were guaranteed by European banks for certain North African countries. But in the absence of delivery, still because of the sanctions, these products will have to be bought “cash”, with a price of wheat which has soared from 280 to more than 400 euros per ton in a few days. And the worst is yet to come.

For pan-African activist Nathalie Yamb, “days go by and none of these measures [sanctions] against Russia really seem to be having an effect. (…) On the contrary, they rather give rise to new alliances and opportunities which will be difficult to return to once the dust of war has settled”.

The Russians are more far-sighted than us. Each time that a sanction has been taken by the West against them in the past, they have developed the means to circumvent it. The arrival of UnionPay dates back to 1, when Visa/Mastercard froze accounts without notice 🇷🇺 MIR created in 2014. pic.twitter.com/RbQ2sq8JN0

Does the lack of nuance, due in particular to the censorship of the Russian media or media considered as “pro-Russian”, really give a serene media environment? And it's not just the media, because the international community has also banned athletes, artists, the disabled and even Russian cats from all events.

This Monday, China, through its Foreign Minister Wang Yi, affirms that the friendship between her and Russia is 'solid as a rock' and that "the prospects for future cooperation are immense".

Something to remember that the lack of nuance and alarmism hide the real balance of power between the world powers. Professor of political history Emmanuel Lincot reminds us well: “China and Russia share the same vision of the world. (…) These two ideologically close states form a duo to counter American hegemony”.

Read: The new "Silk Roads", a viability in question

The doctor in geopolitics and director of the journal Diploweb, Pierre Verluise, for his part, recalls that the current context is "a form of entry into a new reality that we wanted to ignore". It also highlights Russia's ability to "play with nuclear fire in unexpected ways."

Andre Beaufre, the general theoretician of French nuclear independence affirmed that nuclear power was a weapon of peace”. It is clear today that if the West finds itself up against the wall in front of Russia, it is precisely because it is a nuclear power. And, above all, with the technological evolution, the economic war which takes place today replaces a back and forth nuclear which could annihilate humanity. It is no less impacting than the economic calamity that is taking place with everyone's knowledge.

[Top 10] Who are the most influential African women?