As African countries wait for their first doses of the anti-Covid vaccine, the Covax device seems to be having some trouble.

The initiative was good. But the result is far from living up to expectations. By launching the Covax device, the World Health Organization, the Gavi Alliance and the Coalition for Innovations in Epidemic Preparedness (CEPI) wanted "2 billion doses to be distributed equitably by the end of 2021 »In the different countries. The Covax mechanism, continues the WHO, "constitutes the only way to mitigate the impact of the pandemic on public health and at the economic level". 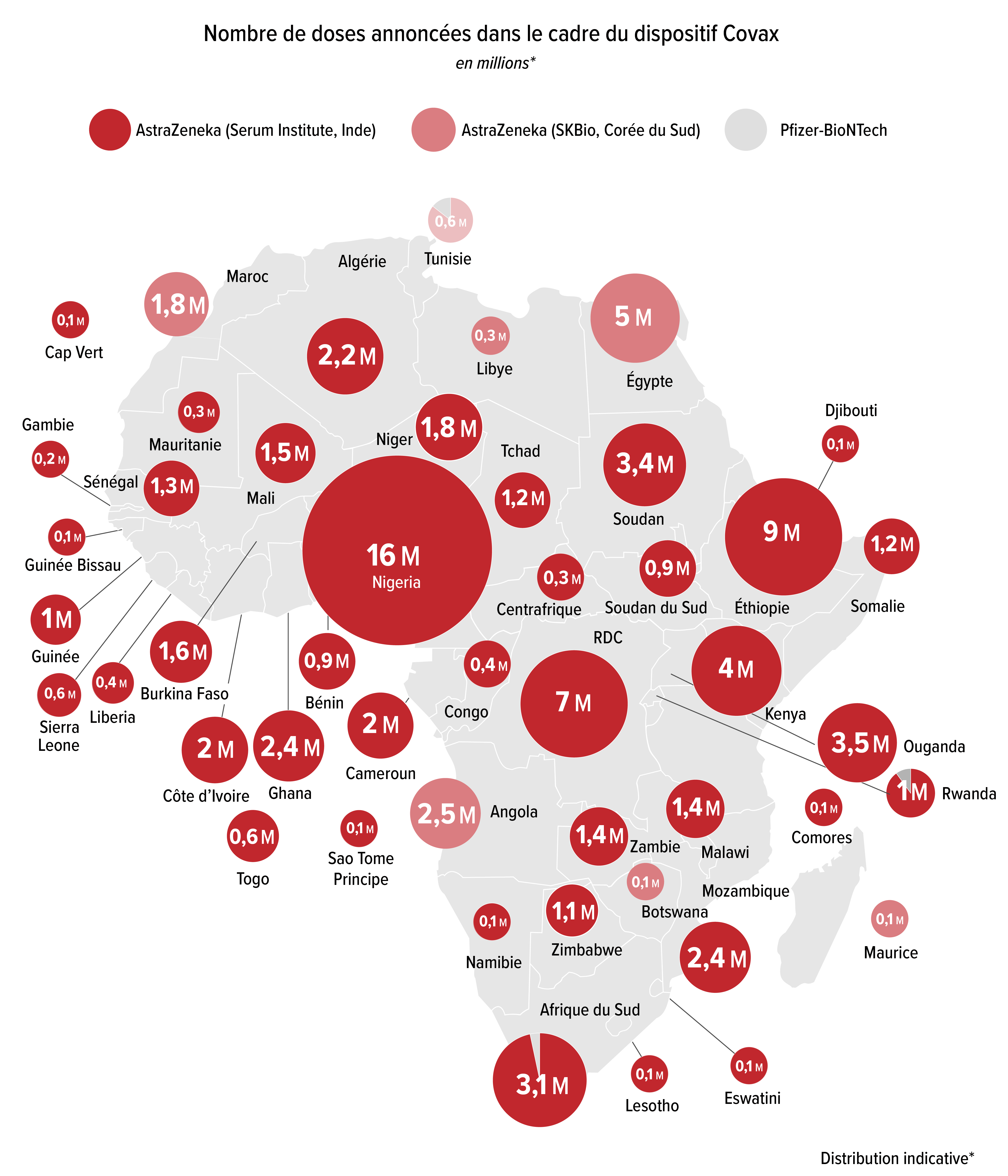 Problem: in February 2021, the poorest countries on the planet do not see the vaccines so hoped for. It is not until June that the first doses should arrive. We are far from the initial idea of ​​the device, which was to vaccinate all populations at the same time and at a similar rate. Covax was intended in particular to make it possible to dispatch vaccines, the purchase of which would have been centralized, and to avoid a price war. 192 countries had joined this system.

Looking across the oceans, Africa gradually sees the Covax device crumble. Several territories, the European Union and the United States in the lead, have signed direct agreements with the laboratories. A bypassing of the Covax device which raises the question: where solidarity should allow developing countries to start their vaccination campaigns, the market law has prevailed.

Negotiations with China and Russia

Almost all the doses of vaccines are therefore no longer available, reserved for the richest countries. A health, economic but also human failure: "The world is on the verge of a catastrophic moral failure", summarizes the WHO, which can only watch, helplessly, African countries turn away from the Covax device. Tedros Adhanom Ghebreyesus deplored in mid-January the fact that more than 39 million doses of vaccines had been administered in 49 rich countries, especially to young people and non-priority populations, where barely 25 doses were delivered to the poorest countries.

For lack of vaccines via the Covax device, African countries are therefore trying to find the solution. A parade that passes through China and Russia, whose vaccines cost less. The Sputnik V vaccine is now popular on the continent. The Seychelles started their vaccination campaign without waiting for Covax, thanks to the Chinese vaccine.

On the side of Covax, we are trying to retaliate. WHO and its partners ensure that Rwanda will be the first country in Africa to receive doses. On February 3, the Covax system rolled out its distribution schedule in the 47 countries of the continent concerned. Will AstraZeneca and Pfizer-BioNTech vaccines finally be delivered? However, even if the operation is successful, the doses will only cover 3,3% of the total needs of these countries. There is no doubt that African countries will have to manage differently ...