How the AU wants to fight against mercenaries in Africa

At the African Union summit, the Commissioner for Political Affairs, Peace and Security called for the application of the Convention on the Elimination of Mercenarism in Africa. Main target entity: Wagner.

At the 35th summit of the African Union (AU), which ended on Sunday, there were strong questions about foreign mercenaries. Criticizing the latest coups in West Africa, the new AU President, Macky Sall, did not dwell on the subject.

But the Commissioner for Political Affairs, Peace and Security of the AU, Bankole Adeoye, took up this question. After the AU deplored "the emergence of this new phenomenon" that is mercenary. The Nigerien affirmed his desire to "completely exclude mercenaries from our continent".

To do this, the diplomat asks that AU member countries review the Convention on the Elimination of Mercenarism in Africa, adopted in 1977 in Libreville. “Now is the time to dust off this text, to use it in a concrete way,” he says.

The AU wants to appeal to the UN and Europe

To eradicate mercenarism, Bankole Adeoye appeals to the UN Security Council and the European Union. "From the Mozambican region of Cabo Delgado to Libya, we are facing the emergence of a new phenomenon, the presence of private military contractors from abroad and mercenaries", continued the Nigerian who particularly targets the group. Russian paramilitary Wagner.

By asking the EU and the UN to intervene, Bankole Adeoye knows that everything will be done to put an end to Wagner's activities on the continent. It is also, for the West, a way of depriving Bamako of possible Russian aid. According to the United States, Bamako would pay 10 million dollars per month to Wagner and several dozen mercenaries would already be deployed in Mali.

Next May, in Malabo, Equatorial Guinea, the African Union will meet for another extraordinary summit. This time it will be about the fight against terrorism. The Nigerian hopes, then, to begin a reflection on the end of mercenary activity in Africa. “We expect strong leadership from member countries to strengthen our common response to these existential threats,” he said.

Is mercenarism in Africa a monopoly? Not really

However, if for Bankole Adeoye, the Russian paramilitary group would be the only actor involved in mercenary activities in Africa, that's not really the case.

Currently, in Nigeria, Mozambique and along the Red Sea, mercenaries from Chad, Kurdistan, South Africa and the United States have been deployed for years. Their mandate comes from the States themselves or from… Western powers.

For example, the European Union operation in the Horn of Africa, Atalanta, has engaged thousands of South African and American mercenaries. The latter represent the bulk of European forces in the Red Sea. Further south, in the Gulf of Aden, NATO's Operation Ocean Shield, still in progress, calls on Chadian, Sudanese and Ukrainian mercenaries.

In Mozambique, in Cabo Delgado, the intervention of the South African paramilitaries of Dyck Advisory Group (DAG), which chose to evacuate only white civilians during the terrorist offensive on the Bay of Palma, also made scandal. A report by Amnesty International shed light on this embarrassing affair both for Maputo and for the DAG.

Read: Mozambique: whites, and even dogs, evacuated before blacks

We should also recall the involvement of the American paramilitary group Blackwater in the Darfur conflict in 2008, and until the denunciation of the war crimes committed by the group's mercenaries.

Finally, and according to ICC data, the most wanted mercenaries for war crimes committed in Africa are almost exclusively European nationals. 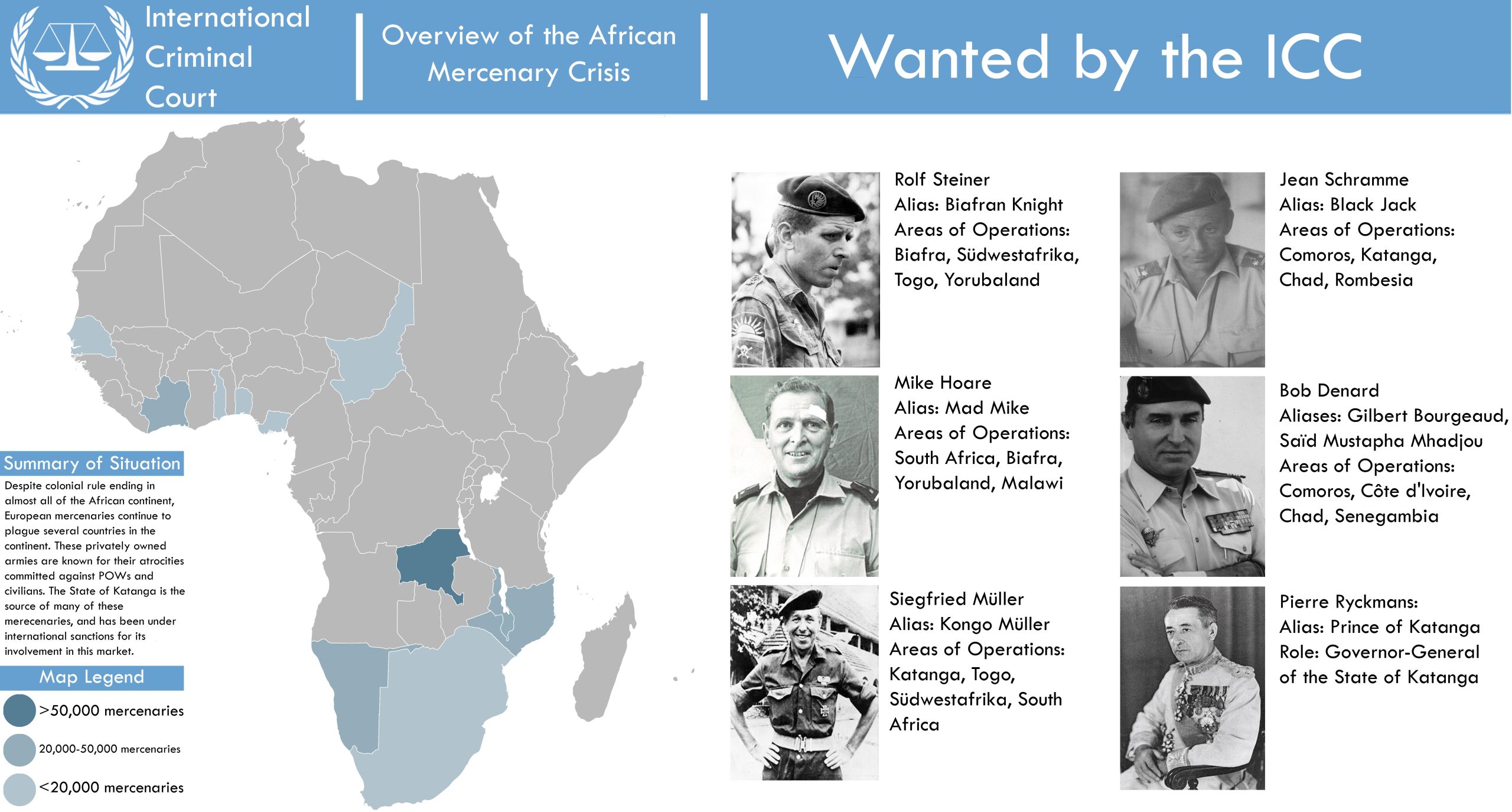 Mali: is the expulsion of the journalist from Jeune Afrique justified?

What is ECOWAS still the name of in Africa?