Coca-Cola or the story of an African conquest

Leader in most African countries, Coca-Cola continues to expand on the continent. The brand's history with Africa begins in 1886 ...

It is far, the time of the comedy "The Gods have fallen on their heads". In this South African film released in 1980, an airplane pilot flying over Africa throws a bottle of Coca-Cola over his cockpit. The object then lands in the middle of a Bushmen village. The members of the tribe, not knowing the famous soft drink or the glass bottles, see it as a gift from the gods that will turn their lives upside down.

Since then, even in the most remote tribes of Africa, it is difficult not to know the Coca-Cola brand. The Atlanta giant has grown on the continent and the continent now accounts for at least 5% of its turnover. If the common history of Coca-Cola and Africa begins in 1886 with the cultivation of the kola nut - this psychotropic West African was for a long time one of the ingredients of the soft drink -, it is It was in 1938 that the African history of the Coca-Cola group began on the continent, with the development of the brand in South Africa. 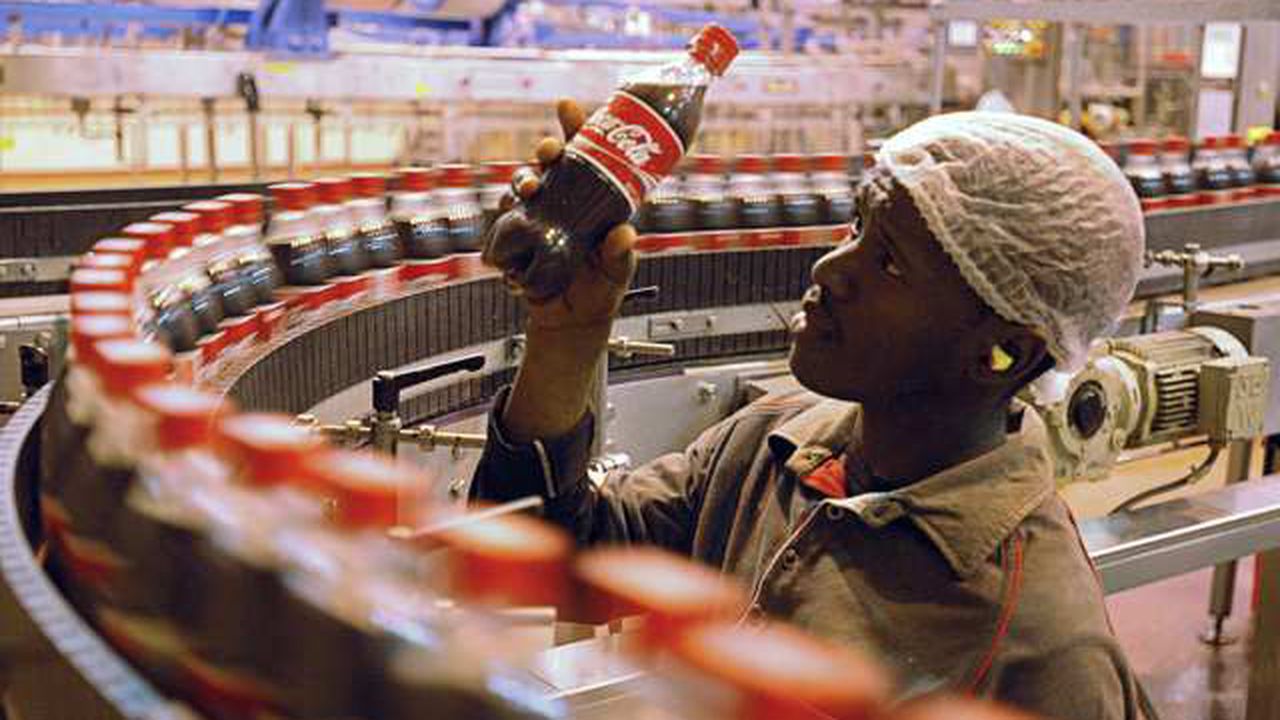 Investments in spades in Africa

Five years later, in the midst of World War II, several dozen mobile bottling factories were sent, among other places, to North Africa. Coca-Cola will never leave the Maghreb again.

After the war, the American firm will accelerate its establishment on the rest of the continent, in particular in sub-Saharan Africa, where Coca-Cola has, through its partners, about sixty bottling plants. The red brand will literally sweep away its competitor Pepsi, which will have a hard time getting its hands on the various African markets.

Coca-Cola, to become the undisputed leader in Africa, has relied on a strategy of acquisitions and partnerships. From North Africa to Nigeria, via Kenya and South Africa, the Atlanta firm has put its hand in the portfolio. As in February 2019, when it bought Nigerian agribusiness giant Tropical General Investments Group for nearly $ 600 million. It is also with its other brands that Coca-Cola has "colonized" the continent. In 1955, Fanta, almost absent in America, had been put forward in the various markets of the continent.

Today, the inhabitants of the 54 African countries can drink the famous carbonated drink, whose recipes, in particular the sugar level, change according to geography and consumption habits. The brand has also taken advantage of the resurgence of diabetes cases to promote its Coca Zéro, as in Mauritius. The American firm has also diversified, investing in juices, waters and dairy products. The giant's objective is thus to occupy all market segments to eliminate all competition. In ten years, Coca has invested on the continent no less than ... $ 17 billion.

A strategy that pays big for the American giant, as the African market is growing exponentially. But this expansion is not without consequences for the continent… Coca-Cola has largely contributed to the overconsumption of sugar in Africa. And that's not all: a large plastic producer, the Atlanta group is singled out for its waste management. Faced with the extent of environmental damage, Coca-Cola is trying to limit the level of plastic in its bottles. Accused, as in India, of monopolizing water resources, the brand finally pledged to invest $ 30 million to “guarantee access to water for local communities” in Africa.

Plague, Ebola and Covid-19: is the DRC cursed?

Mohamed Bazoum, in the shadow of Mahamadou Issoufou